I’ve decided recently to slightly change our way of life. Reading a book that my husband bought for me called “the creative family” from Amanda Blake Soule, the things she says make sense.

I am a person who if staying a few days without creating, I start getting sick. Really! Why not to involve my son in many of these creations? We paint, draw, play play dough and cook together but I want to get him involved in different things. Even though he is not yet able to perform some things from start to end, he will be involved in parts of the project and still have that sensation that something special was also made by him.

We went to a local store that has various artistic materials and I saw pieces of colored felt. In the book I’ve mentioned, Amanda teaches how to make felt blocks. It’s easy and we don’t need to have a sewing machine. It’s only necessary to thread a needle by hand. I also bought some felt monsters, very nice ones.

Back home I realized that I didn’t have felt enough for the size of the monsters, so I decided to make a different shape. I started cutting some triangles. In this step, my son could pull the sewing needle to me, with my total supervision.  I’ve found a pillow from IKEA that we don’t use and was really cheap so I opened it without regret. My son filled the diamond shape with the soft fur, and then he pasted the little monsters on some of the faces of the diamond. 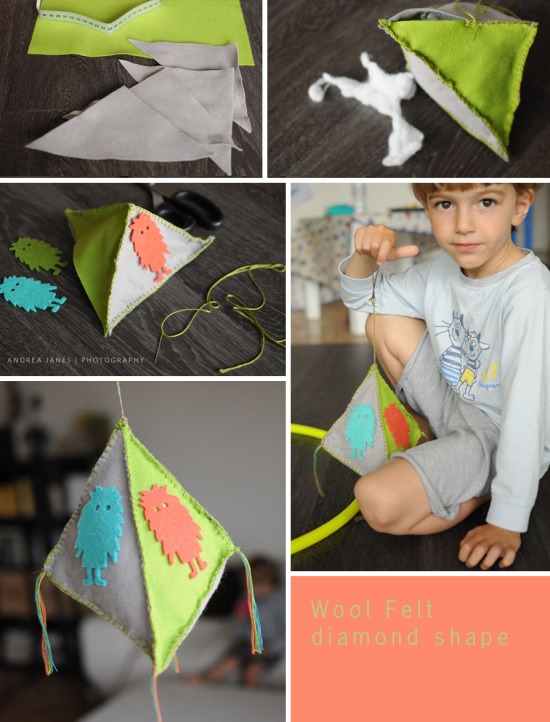 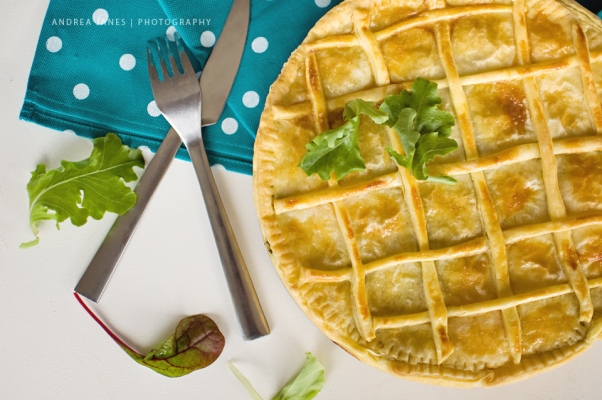 One day I was at a friend’s house and taking a look at a magazine recipe, I saw one that looked simple and delicious. So I’ll tell you what I did of what I remembered, so this recipe doesn’t contains amounts of the things but still you can figure out, like I did, how much to use of each ingredient.

1- I bought 2 Herta Puff Pastry (French made ​​ready-rolled puff pastry – Pate en Or Feuilletée) and opened one of them at the base of my pan.

2- Then I fried some chopped bacon and onion until lightly cooked. After frying it I put it into another container.

3- With the same sauce left from the fried bacon, with the same pan I cooked the chopped spinach for some minutes. I used 600 gr (just saw a picture I have) :)

4- So, on top of the pastry you put in layers first all the bacon and onion, then all the spinach. After that, I remember that the recipe said to put something about 6 eggs on the top of everything. I didn’t have it all at home so I put only 3 eggs. (one broke as you can see in the picture: P)

5- Cover with the other Puff Pastry. I decorated as you can see with the cut pieces left.

6- I brushed the top with a beaten egg.

That’s it! Easy and Yummy!